Trusts and their civil law equivalents contribute significantly to the global economy generating billions of dollars of revenue and trustee’s fees. In recent decades, the increasing use of onshore and offshore trusts has led to increased litigation as arbitration has been viewed by many as too risky due to uncertainty about the enforceability of arbitration agreements in trust deeds.

Arbitration can be entirely appropriate and suitable as a process for resolving disputes relating to trusts, and in particular, it has in the international context the added advantage of enforceability of awards under the New York Convention. However, the nature of trusts has resulted in uncertainty as to whether an arbitration conducted pursuant to an arbitration clause in a trust deed would be binding under the Act. The arguments against arbitration clauses in trust deeds being binding include that trust deeds incorporating arbitration agreements are not contracts, that there may be a lack of privity to bind non-signatory beneficiaries, and that the interests of certain beneficiaries of a trust, ie minors/those lacking capacity, and unnamed and unascertained beneficiaries may not be represented.

This uncertainty has tended to limit the effective use of arbitration in trust disputes. Nevertheless, the uncertainty can be removed by ensuring that arbitration clauses in trust deeds are treated as arbitration agreements for the purposes of the Act. By clarifying that arbitral tribunals have the same power as the High Court to appoint persons to conduct litigation on the part of minor, unborn, or unascertained beneficiaries (or classes of beneficiaries), those who are unable to represent themselves will be effectively represented ensuring that any decision of an arbitral tribunal will bind all interested parties. Arbitration can be a suitable mechanism for resolving disputes involving trusts as its inherent privacy is more suited to the private nature of most trusts.

NZDRC and NZIAC have long advocated for a presumption of confidentiality in Court proceedings in relation to arbitral matters. Our arbitration rules expressly provide, in terms of s14H(d) of the Act, that the parties agree that any Court proceedings related to the arbitration must, to the full extent permitted by the law, be conducted in private. However, the present default position is that a Court must conduct proceedings under the Act in public and any agreement that proceedings be conducted in private such as that provided for in our rules is just one of the matters that the Court must consider in coming to a determination.

Narrowed grounds for setting aside an arbitral award

Articles 34 and 36 of Schedule 1, concerning the enforceability of an arbitral award, were in issue in the Supreme Court of New Zealand decision of Carr v Gallaway Cook Allan [2014] NZSC 75 where the definition of “arbitration agreement” was disputed.

The decision in Carr highlighted the need for amendment to these articles to move in line with the foreign approaches to the adoption of the Model Law provisions. The narrowing of articles 34(2)(a)(i) and 36(1)(a)(i) will limit the Court’s scope to set aside or not recognise/enforce an arbitral award which might otherwise be unenforceable due to procedural provisions being in conflict with the Act, in circumstances where there is clear agreement of the parties to submit a dispute to arbitration. The proposed amendment adopts language different from the Model Law but is the minimum change necessary to correct the problem raised in Carr.

Amendments to articles 34(2)(a)(iv) and 36(1)(a)(iv) would address the views of the majority in Carr that the language regarding non-derogation in article 34(2)(a)(iv) has no wider application beyond Schedule 1, and would bring New Zealand law into line with foreign legislation. The article 34(2)(a)(iv) equivalents in Australian legislation (International Arbitration Act 1974 and the Commercial Arbitration Acts in each State), Hong Kong’s Arbitration Ordinance 2011, and the Singapore International Arbitration Act 1994 apply to the entire Act, not only the Model Law parts of it like our Act. The current limitation under the Act to derogation under Schedule 1 only is flawed and the amendment would ensure that the principle of non-derogation is protected and given proper effect in setting aside and enforcement proceedings.

Clearly defining the consequence of not raising an objection to an arbitral tribunal’s jurisdiction to hear and determine a dispute in accordance with article 16(3) of Schedule 1 will ensure that objections are raised in a timely manner and cannot be heard or given effect to out of time.

When the Arbitration Act 1996 came into force on 1 July 1997 it fundamentally changed New Zealand’s existing legal framework for arbitrations by incorporating the UNCITRAL Model Law into New Zealand Law.

When the Arbitration Amendment Act 2007 came into force on 18 October 2007, New Zealand became the first country in the world to adopt the whole of the new United Nations Commission on International Trade Law (UNCITRAL) legislative provisions on interim measures and preliminary orders with only a few minor modifications. It also introduced a number of relatively technical amendments to the Arbitration Act 1996 to strengthen arbitration as a means of private dispute resolution in New Zealand and enhance the use of arbitration as an agreed method of resolving commercial and other disputes. It significantly improved the skeletal confidentiality provisions of the Arbitration Act 1996, eliminated appeals which attempt to “dress up” questions of fact as questions of law and enhanced consumer rights and improved consumer protection.

On 1 March 2017, further amendments to the Arbitration Act 1996 came into force. The definition of arbitral tribunal was broadened to include arbitral institutions and emergency arbitrators, and the Minister of Justice was required to appoint a body to carry out appointment functions instead of the High Court in those very rare cases where the default appointment procedures under clause 2 of Schedule 2 do not apply.

These latest proposed amendments are to be welcomed. They will significantly improve the law and they will set New Zealand apart from other jurisdictions – in particular in relation to trust arbitration, and in doing so, will increase the attractiveness of, and define New Zealand as, an international arbitral seat for parties in the Trans-Pacific – Australasian region. 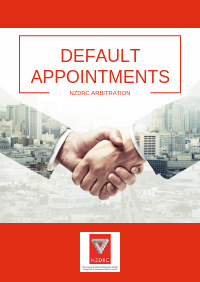 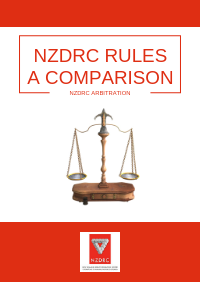 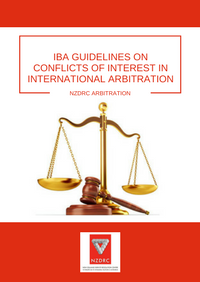