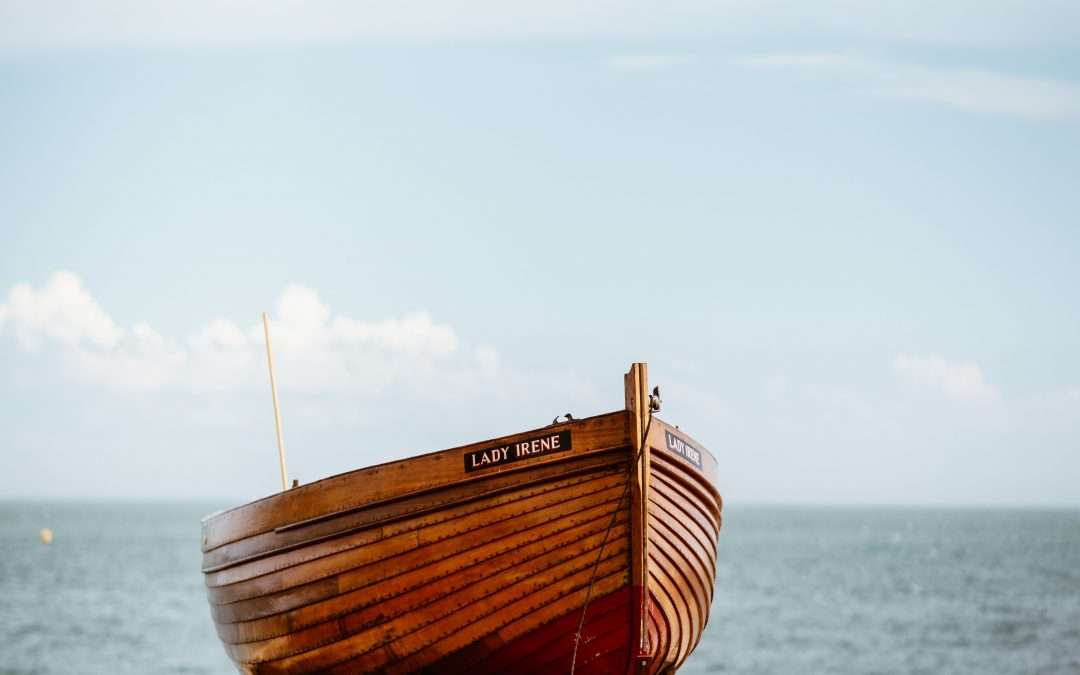 In 1982 Split Enz released its now famous single Six Months in a Leaky Boat being a reference to the time it took pioneers to sail to New Zealand (it had nothing at all to do with being an attack on Britain’s invasion of the Falkland Islands which caused the BBC to discourage airplay of the song in Britain during the Falklands War – it was recorded in January 1982, months before the Falklands invasion).

It has also been suggested that the lyrics are a metaphor for a relationship that could not be, the need to put our differences behind us and that there is a world to explore after ’the ship-wreck’, and to keep on trying where there’s wind in our sails.

Neil Finn’s lyrics and the sentiment embodied in the song provide a strikingly apposite segue into the relationship property story that follows.

Ms Scott and Mr Williams (not their real names)  were married in 1981 and separated in 2007. Mr Williams was a successful lawyer and Ms Scott was an accountant before giving up that role to have a family.

During their marriage the couple had built up a substantial pool of assets including their family home in Remuera, three commercial properties in New Lynn, a beach house in Omaha, a half share in a Fiji property and the interest in Mr Williams’ law firm.

The relationship came to an end and the parties fell into dispute as to how their assets were to be apportioned on separation.

Proceedings were first filed in April 2009.

In 2014, Judge McHardy in the Family Court determined that Mr Williams should pay Ms Scott $850,000 under s 15 of the Property (Relationships) Act (the PRA). The family home and associated section in Remuera were vested in Ms Scott.

In 2016, in the High Court, Faire J largely allowed an appeal by Mr Williams overturning the vesting order and reducing the s 15 award to $280,000.

In 2016, the Court of Appeal dismissed an appeal by Ms Scott against Faire J’s decision, except for increasing the quantum of compensation payable under s 15 of the PRA to $470,000.

In the landmark decision in Scott v Williams [2017] NZSC 185 [11 December 2017], the Court unanimously held that the Family Court decision to vest the family home and neighbouring section in Ms Scott should not have been overturned and the vesting order made in the Family Court was restored. The Court also found by majority (Elias CJ, Glazebrook and Arnold JJ) that the valuation of the legal practice reached by the Family Court should not have been overturned and, the amount of the s 15 award in favour of Ms Scott was increased to $520,000.

Analysing the application of s 15, Elias CJ and the majority determined that the assessment of disparity is a broad one and it must be considered in light of provisions in the PRA that treat all contributions made by both partners to the relationship as equal. Elias CJ, Glazebrook and Arnold JJ held that where there has been a relevant division of roles, any disparity will be assumed to have resulted from that division, at least in a long-term relationship. As noted by Arnold J at [293] and [294], if there has been a division of functions along traditional lines, it should be assumed that the division of functions caused the disparity as it was for the benefit of both parties, restricted the non-career partner’s income-earning ability and enhanced the career partner’s earning ability.

The Court awarded Ms Scott a significantly greater share of the couple’s relationship property assets to recognise the fact that her living standards would otherwise be significantly lower than Mr Williams’ following separation as a result of the division of functions during the relationship.

Two years later in Scott v Williams [2019] NZSC 80 [25 July 2019] the Supreme Court dismissed an application by Ms Scott for an extension of time for applying for leave to appeal against two earlier costs judgments.

There is nothing particularly exceptional about the leave to appeal proceedings, but what is of note and what should be of concern to any party to a relationship property dispute is that this dispute has been ongoing for ten years.

For ten tortuous years no doubt, these parties whose details, dealings and financial positions will have been subjected to a high degree of scrutiny have been trapped in a nightmare that must have impacted on and affected their personal lives and sensibilities, not to mention their finances as no dispute resolution process comes without cost, none the least High Court, Court of Appeal, and Supreme Court litigation – even for a lawyer!

On 23 July 2019 Justice Minister Andrew Little tabled the Law Commission’s final report on its review of the PRA which sets out how relationship property should be divided when a relationship ends by separation or death.

The report notes that one of the principles of the PRA is that matters should be resolved as inexpensively, simply, and speedily as is consistent with justice. This means that division of property at the end of a relationship should be just and the process for achieving that should be efficient. While there is a paucity of hard data, the research and the submissions received by the Law Commission indicated that the vast majority of relationship property matters are resolved out of court and that generally, out of court resolution is quicker and less expensive than court-based resolution and can result in more enduring and satisfactory outcomes for separating partners and their children.

This has certainly been our experience in terms of our Family Law mediation, arbitration and arb-med services and therefore it is not surprising that the Law Commission’s recommendations are largely focused on encouraging partners to resolve their relationship property matters out of court whenever appropriate.

The FDR Centre provides a highly respected well established specialist private dispute resolution service for parties wanting to resolve disputes concerning relationship property and the division of assets on separation that is robust and certain, yet innovative in its commonsense approach to resolving these challenging types of disputes promptly and privately and cost effectively.

Don’t become the next relationship property litigation statistic or ‘identity’. Scott v Williams should be a salutary lesson. If you are a party to a relationship property dispute, irrespective of the value, talk to your lawyer about using the FDR Centre’s Family Law services today. We deal with disputes involving relationship property involving sums in dispute ranging from just a few thousand dollars to tens of millions providing fixed fee services for low value disputes (under $50K) and capped fees for all other services.

Contact us to find out how we can help you or your clients today.