In this issue we feature dispute resolution in Asia including articles on third party funding for international arbitration, new apology legislation in Hong Kong, and the appointment of receivers by the Hong Kong High Court as an interim measure in support of arbitration in mainland China.

We also look at parties being held to their dispute resolution process choices by the Queensland Supreme Court, abuse of process in relation to litigating matters decided in an arbitration, waiver of right to arbitrate by election, the costs consequences of failing/refusing to mediate in the UK (see in ReSolution in Brief for further commentary on the recent UK Court of Appeal decision in Gore v Naheed and Ahmed), and more.

In Case in Brief, Sarah Redding discusses two recent cases in which the New Zealand High Court confirmed its support for arbitration and its reluctance to interfere in the arbitration process. In Forest Holdings Ltd v Mangatu Blocks Incorporation, the court made it clear that there are limited grounds for appeal from arbitral awards, which so not include challenges based on factual findings, and in Savvy Vineyards 4334 Ltd v Weta Estate Ltd, the court confirmed that arbitration agreements are independent of the other terms of a contract and will survive termination of the primary contract unless it can be established that the arbitration agreement has been rendered inoperable. 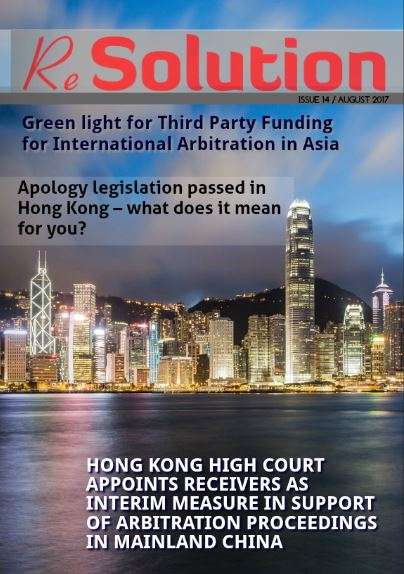