Home / All dressed up but nowhere to go: Recognition but no enforcement of ICSID awards

All dressed up but nowhere to go: Recognition but no enforcement of ICSID awards 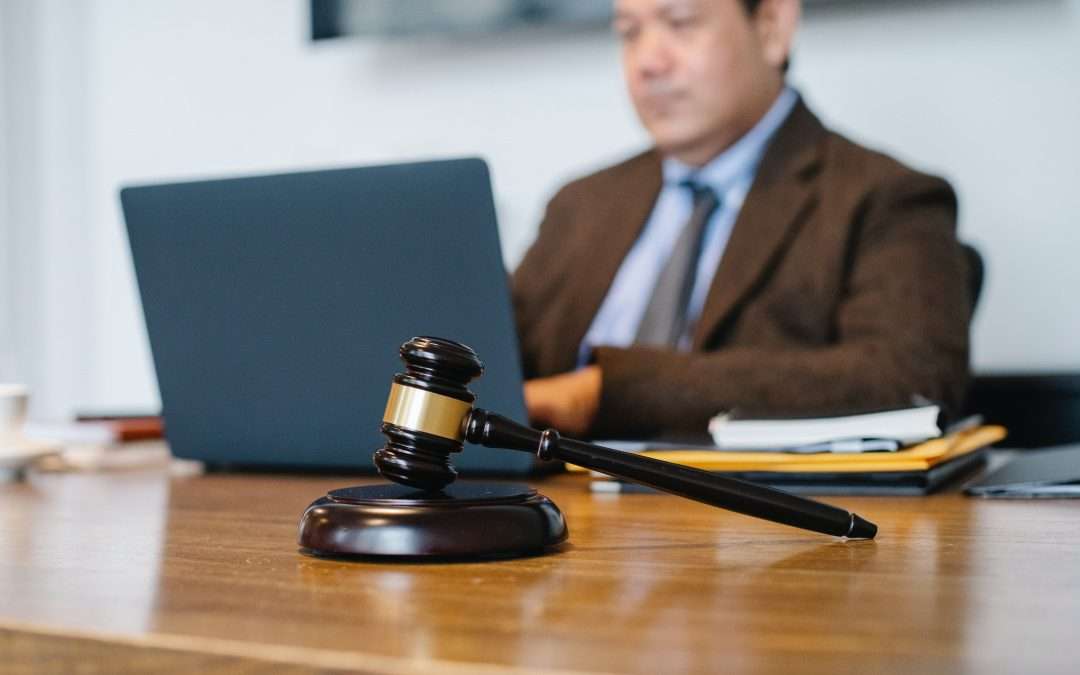 Foreign arbitral awards can be recognised and enforced in other countries by virtue of the provisions of the New York Convention. This is typically a quick and easy process. But two recent cases have been anything but. Why? Because they involve investor-State arbitrations and issues of State immunity and interpretation of the ICSID Convention.

To understand Sodexo Pass International SAS v Hungary [2021] NZHC 371 and its Australian counterpart, Kingdom of Spain v Infrastructure Services Luxembourg SARL [2021] FCAFC 3, we may first need to start with a small refresher on how the ICSID Convention came about.

Investor-State disputes and the ICSID Convention

Investing in a foreign country has it risks. Disputes that arise can be highly politicised, and, for many years, foreign nationals often had difficulty in relation to acknowledgement of their standing in a court to pursue a legal right against a foreign State. The more the global economy expanded and States stepped into the commercial trade area, the more this became a problem. Enter the ICSID Convention.

More properly known as the Convention on the Settlement of Investment Disputes between States and Nationals of Other States 1966, the Convention established an arbitral institution (ICSID) to oversee the resolution of investor-State disputes. ICSID is one of the five World Bank institutions, and its processes are intended to help depoliticise dispute resolution and ensure that binding resolutions can be reached. There are over 150 signatories to the Convention, and many have incorporated its terms into domestic law (such as New Zealand’s Arbitration (International Investment Disputes) Act 1979).

As with all arbitration, party consent is required for investor-State arbitration under the Convention. This can be done on a contract-by-contract or dispute-by-dispute basis or – more likely – an ICSID arbitration agreement is included in a bilateral investment treaty (BIT).

In Sodexo, the case arose out of a BIT between France and Hungary. Sodexo was a French investor that made investments in Hungary by becoming a meal voucher issuer in that country. Meal vouchers were exempt from income tax. When the tax position was reformed in 2010, Sodexo initiated an ICSID arbitration claiming a breach of the BIT. The arbitral tribunal awarded Sodexo just under €73,000,000 in damages, plus interest.

Sodexo applied to the New Zealand High Court for recognition of the arbitral award.

Similarly, Kingdom of Spain arose out of a BIT between Luxembourg and Spain. A Luxembourg company, Investor Infrastructure Services, had invested in solar power generation projects in Spain, relying on a subsidy programme that was subsequently withdrawn. The ICSID arbitral tribunal awarded the investor €101,000,000 in damages, plus interest.

Investor Infrastructure Services applied to the Australian Federal Court for recognition of the arbitral award.

The shield of State immunity

The process for recognition and enforcement of a typical foreign arbitral award is relatively painless, thanks to the New York Convention. Under this Convention, a valid arbitral award is enforceable virtually anywhere in the world. New Zealand and Australia regularly see applications of this nature. So, one might think that recognition and enforcement of an ICSID arbitral award would be similarly painless. And it is – if the enforcing party is the State. But for investors who wish to enforce the award, the shield of State immunity can be an issue.

The ICSID Convention requires each State signatory to recognise and enforce an ICSID arbitral award as if it were a domestic court judgment. However, this obligation is subject to any laws that may apply regarding State immunity “from execution”.

State immunity is a rule of international law that, at its broadest, prevents courts from having jurisdiction over foreign States. The rule may be codified (as it is in Australia) or form part of the common law (as it is in New Zealand).[1]

A State’s immunity stems from its sovereignty and can be waived or amended with the State’s agreement. The agreement needs to be clear and unambiguous: it would be appropriate to be cautious when a domestic court is asserting jurisdiction over a foreign state if there is ambiguity.[2]

Hungary told the New Zealand High Court that it had not agreed to waive its immunity under the ICSID Convention, and Spain told the Australian Federal Court the same thing. This meant that these Courts had to consider the wording of the ICSID Convention and identify whether it contained an immunity waiver.

“It means what it means”: Recognition, enforcement and execution

Hungary raised a number of objections to the jurisdiction of the New Zealand High Court.[3]  However, the bulk of the Court’s analysis involved a close reading of the phrasing of the Convention, which (in the English version) distinguishes between recognition, enforcement and execution of an award.

Reviewing Articles 53–55 of the Convention, the High Court concluded that the clear and unambiguous intention of the Convention was to waive State immunity in relation to recognition proceedings, but that the immunity was preserved for execution. It means what it means, said Justice Cooke. As a result, Hungary was not entitled to object to jurisdiction in the recognition proceedings on the basis of State immunity. The High Court dismissed Hungary’s objections to jurisdiction and allowed the recognition application to proceed. A similar result was obtained for the investors in Australia’s Kingdom of Spain decision.

What would an order for recognition only look like, anyway?

This case clearly demonstrates that recognition and enforcement are distinct, but related concepts.[4] But would we be able to identify where that distinction lay?

Recognition is usually sought by a party to prevent another party from re-litigating matters that have already been finally determined in the arbitral award. This is distinct from applying for the award’s entry as a judgment for enforcement purposes.[5] Recognition can sometimes be sought in preparation for enforcement at a later date. This was the basis on which Sodexo sought recognition in New Zealand.

The distinction between recognition and enforcement rarely comes up, as ordinarily a court application is made to enforce an arbitral award. The wording of the New Zealand legislation certainly doesn’t help clarify matters:

(1)       An award may be enforced by entry as a final judgment of the High Court in terms of the award.

(2)       The High Court is designated for the purposes of Article 54 of the Convention.

Despite this, it is clear from Sodexo and Kingdom of Spain that there is a difference between recognition on the one hand and enforcement/execution on the other.[6] So what would a court order for recognition only look like?

The New Zealand Court hasn’t had to answer this question yet,[7] but the Australian Court had a partial answer at least. The lower court had issued five orders: an order that the investor had leave to enforce the ICSID award, three orders that together required Spain to pay the €101,000,000 plus interest and other costs to Infrastructure Services, and a fifth order that Spain pay Infrastructure Services’ legal costs for the proceeding. The Federal Court thought the first four of these orders trespassed too far into enforcement. They were set aside, and the parties were asked to come up with alternative drafting for the Court to consider.

The effect of Achmea reverberates around the globe

Why should a Court of a country at the bottom of the South Pacific assume jurisdiction in relation to a dispute arising in Europe, between a French investment company and the state of Hungry? – Justice Cooke, Sodexo Pass International SAS v Hungary [2021] NHC 371

A reader who is familiar with only domestic arbitration may be wondering how these cases came about in the first place. Why were European investors pursuing recognition of awards against EU-member states in courts down in the Pacific? This was an issue raised by Hungary, who said that Sodexo had identified no assets to enforce against in New Zealand, even if recognition was granted.

The answer to this question may well be a complicated one. But it certainly has some roots, at least in the European Court of Justice’s decision of Achmea.[8] The reasoning of Achmea and its flow-on effects have been addressed in far more detail elsewhere . But to put it briefly, the European Court of Justice has found that investment within the EU is subject to European law. As only European courts are competent to rule on matters of European law, the effect of the ruling is that arbitration clauses in intra-EU BITs are considered invalid (in Europe). European courts have found that Achmea effectively acts as a bar to intra-EU arbitral proceedings in investment cases. Consequently, Sodexo is unlikely to be able to get its award recognised or enforced in Europe. While the European Court of Justice’s comments were directed to an intra-EU BIT, there is speculation that its views may extend to extra-EU BITs as well.

Sodexo is New Zealand’s first ever ICSID award recognition application. The only other ICSID case that New Zealand has been involved in was back in the late 1980s, in relation to the Motonui fuel plant.[9] Mobil Oil signed a contract with the Muldoon Government in February 1982, giving it preferential terms to purchase gasoline. The Lange Government elected in 1984 was less keen, and the Commerce Act 1986 included a provision that prohibited contracts that lessened competition. The New Zealand Government sought to cancel Mobil Oil’s contract, and Mobil Oil commenced an ICSID arbitration under the private contract terms between the two parties. New Zealand attempted to block Mobil Oil from initiating ICSID arbitration but was not successful.

ICSID cases are extremely rare in New Zealand. This is primarily because New Zealand hasn’t historically entered into that many BITs, and those it does enter into don’t always provide for ICSID arbitration. Take our few most recent treaties, for example: The PACER Plus (2017) and CPTPP (2018) treaties have ICSID arbitration provisions, but the RCEP (2020) does not.

Dr Anna Kirk is a commercial arbitrator, adjudicator and barrister, specialising in international arbitration and public international law. Anna is New Zealand’s member on the ICC International Court of Arbitration (2021–2024) and is also on the Council of the Arbitrators’ and Mediators’ Institute of New Zealand (AMINZ).

Belinda Green is a member of NZDRC’s Knowledge Management Team. She has experience working in both private and government sectors. Belinda joined us from the Parliamentary Counsel Office where she drafted commercial legislation, and prior to that she practised as a commercial property lawyer.

[3] For example, from [45] onwards there is an interesting analysis under the High Court Rules.

[6] An interesting point of tension in both Courts was whether the words enforcement and execution were synonyms or whether execution was simply a subset of what would be recognised as enforcement proceedings. Adding to the confusion is the fact that the French and Spanish versions of the ICSID Convention don’t distinguish between enforcement and execution.  Instead, they refer to d’exécution /  ejecución only. The Australian Court spent some more time on this, but both Courts came to the same ultimate conclusion: Whether or not execution was a synonym or a subset of enforcement, there was a clear distinction between that and recognition (or reconnaît/reconocerá, according to the French and Spanish counterparts).

[7] Sodexo dealt with a protest to jurisdiction only; the substantive issues are yet to be decided.

[10] This case is an illustration of what commentators see as either one of the main strengths or main weaknesses of the ICSID Convention. Proponents approve of the depoliticisation of investor-State dispute resolution, focusing on the commercial aspects of these transactions: Mobil Oil and the New Zealand Government contracted to use ICSID arbitration to resolve disputes, and those contract terms should prevail.  By contrast, opponents see ICSID as an unacceptable incursion into state sovereignty, allowing foreign investors to influence what may be “legitimate domestic political action”.